After spring break, 24 students from Rouen, France came to Gilmour Academy to experience and learn about American culture. In return, Gilmour students have had the opportunity to learn more about French culture from the students.

During their two weeks in Cleveland, French students did many different activities including spending three days on campus, participating in different athletic activities, seeing Phantom of the Opera at Playhouse Square, and touring Cleveland on Lolley the Trolley. As Ms. Elizabeth Edmondson, Dean of Faculty and Director of Curriculum Development, said, “It is a mix of spending time at the school as well as sightseeing in Cleveland.”

Although the exchange students are considered to be middle school age in France, they are actually the age of high school students in America. Accompanying them on their trip were two English teachers, one French teacher, and two P.E. teachers.

As for Gilmour students participating, there were students who offered to host the French visitors in the day or at home. Reese Fedele (`21) hosted Alexis. Fedele said, “Alexis was completely fluent in English which made his visit so meaningful. We were able to develop a true friendship within two weeks.”

There were many preparations for this experience. After all, many of the French students are traveling internationally for the very first time. Edmondson said, “The French students have been studying English for the past five years. As for Gilmour, we have been working on this for over a year.”

Not only have these preparations been done by the Gilmour community, but also the Cleveland community. According to Edmondson, “Gilmour has a relationship with the French American Chamber of Commerce and Rouen is actually Cleveland’s sister city. It has been this way even before Gilmour got involved.” Since the French school was looking to come to America, they decided to visit their own sister city, Cleveland, Ohio.

French students came to America so that they could learn about and experience American sports. Not only did students get to experience playing sports at Gilmour, but they also went to Cavs game against the Charlotte Hornets. Students had hoped to meet LeBron James, but were surprised to find that James had left Cleveland for Los Angeles.

Edmondson said, “The French do not have any sports at their school. Sports are done outside of school through different organizations. So being able for them to experience sports in a different outlet was something they were looking for.”

A foreign exchange experience can make an impact on someone’s life. Edmondson wants kids to participate in it, just as she did. She said, “There is so much power that comes from realizing that there are so many different ways to live. At Gilmour, we want students to be engaged with and aware of global citizens. Foreign exchange does just that.”

As for the French students making an impact on the Gilmour community, Edmondson said, “French students have been spending a lot of time in French classes. That alone gives Gilmour students the opportunity to converse with them.”

French student Sarah Alili said she came on this trip “to experience a new country, culture, language, and people. I feel so lucky, and I speak for my classmates when I say that America is beautiful and we are lucky to be here because not everyone can.”

Nick Barone (‘22) and Victoria Dulzer (‘22) said that we are so lucky to be able to create connections at such a young age. They said they learned so much and had such fun.

For all involved, this foreign exchange has been a fantastic experience for Gilmour and the French students and teachers visiting. Recently, during Convocation, French students expressed their gratitude and shared how much of an amazing experience they had.

As Edmondson said during Convocation, “Once you are a part of the Gilmour community, you are part of a family.” Gilmour hopes to plan a return visit to France in the near future to keep the relationship growing. 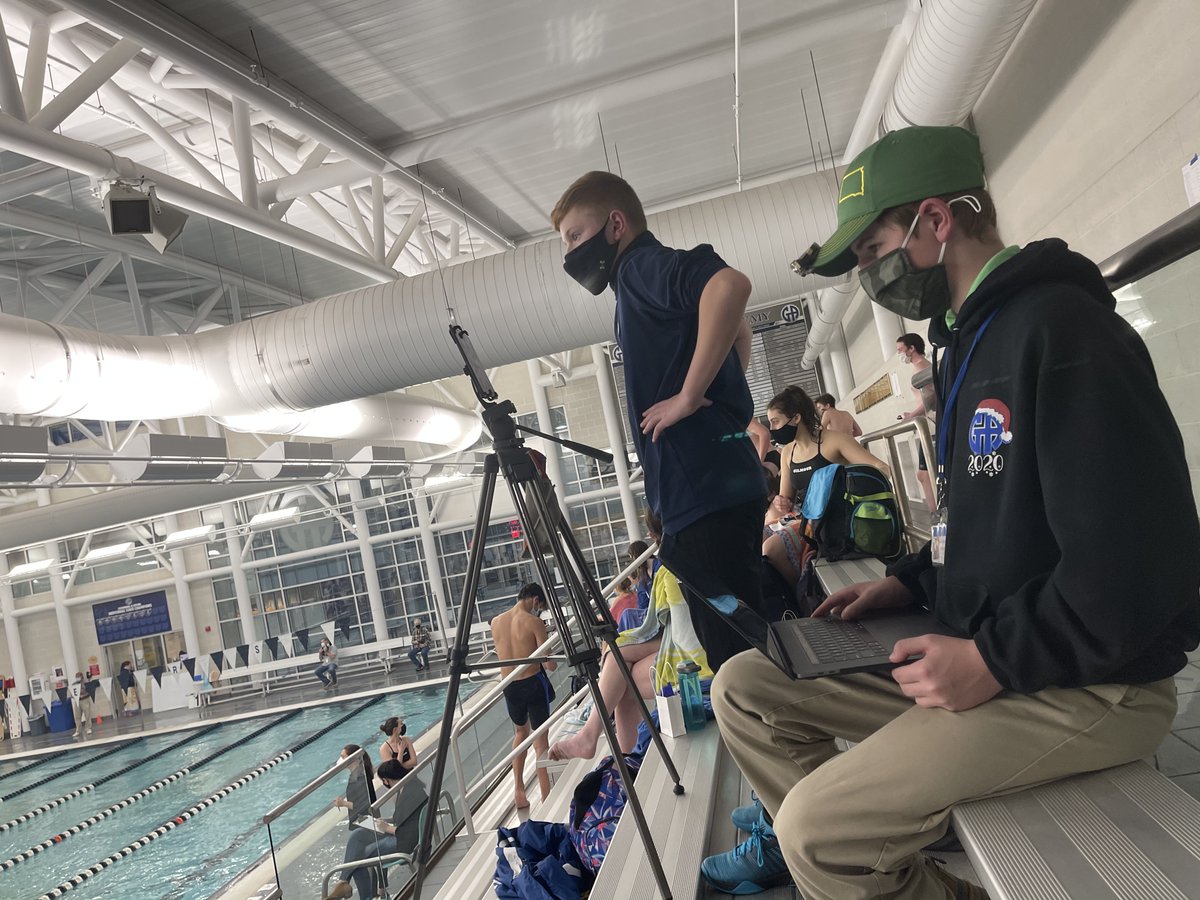